The 2022 theme for Body Image and Eating Disorders Awareness week is ‘Know the signs, and act early’. We asked our lived experience network, the Butterfly Collective, how early intervention could have stopped their eating disorders from developing and thriving, and how it could make recovery more possible.

Research demonstrates that on average, recovery from eating disorders takes between one to six years, while up to 25% of people will experience a severe and long-term illness. With early detection and intervention, prospects of recovery are increased and high.

Butterfly’s lived experience community, The Butterfly Collective, have provided their insights into how to make early intervention more likely and improve recovery outcomes.

Recognise disordered eating – when it starts

“Eating disorders are scary and isolating, and nobody deserves to struggle on their own any longer than they already have. By identifying and supporting people that are at risk for, or showing early systems of body image concerns and/or disordered eating, we could prevent the development of an eating disorder, and change the course of someone’s life.

For me, by the time I was in treatment, my eating disorder had become so ingrained that I couldn’t even understand what I was doing was wrong. If I had received support earlier, when I started becoming concerned with my body image and preoccupied with what I ate, perhaps I wouldn’t have gone on to develop the anorexia that consumed 10 years of my life.” – Jemma, 24, QLD

“The early stages of eating disorders fly under the radar so easily that it’s almost impossible to notice unless you’re informed, and it doesn’t help that many disordered eating behaviours are ingrained in society and diet culture. When I reflect on my life, I can see many disordered eating behaviours that definitely could have been managed before they progressed to a formal eating disorder diagnosis. I also think there’s a lot of work to be done in unpacking these seemingly harmless behaviours as “normal” and encouraging healthy/neutral attitudes towards food exercise and body image.” – Georgia, 27, VIC

While early intervention depends on early detection of symptoms, research shows there is currently on average a delay of approximately four years between the start of disordered eating symptoms and first treatment, reaching at times 10 or more years. It’s imperative to know the signs, and act early, before the eating disorder thoughts and behaviours become entrenched.

“The longer disordered behaviours and negative thought patterns exist for an individual, the harder they are to break. They become a safety net and a maladaptive way of coping, so the fear of letting them go increases, making recovery incredibly long, difficult, and expensive”. –Grace, 25, VIC

“Eating disorders are best treated as early as possible in order to promote a full recovery as the warning signs and symptoms generally do not go away on their own. I understand it can be incredibly daunting to approach someone whom you suspect is struggling, however, it is very important, as usually a person with an ED will try and conceal their behaviour for as long as possible to avoid detection or not know how to ask for help. The longer someone lives with an eating disorder, the more physical and psychological damage will be done, and the longer it will take to reach a point of full recovery. Early intervention for me, I believe, may have given me a better chance at completing high school.” – Jordan, 30 , NSW

“Early intervention helps to prevent eating disorder thoughts and associated feelings becoming stronger, or taking a stronger hold over a person. Learning about why the eating disorder is there, and the lies it is telling someone early on, can help life to stay in control of their hands.” – Alex, QLD

Any weight is deserving of help

One in four Australians believe people with symptoms of eating disorders would only need to seek professional help if they became dangerously underweight. This is a significant misconception that prevents people from seeking the help they deserve.

Eating disorders come in all shapes and sizes – and are serious no matter what the individual’s BMI is.

“Eating disorders present in different ways. They are far-reaching and indiscriminate to communities and so it can be mindful to note that many people who have eating disorders may not have the visual representation of what the general public believes represents an eating disorder.” – Jordan, 30, NSW

“Eating disorders and body image concerns are so insidious. Mine festered and stewed, convincing me that this was going to be the rest of my life. I don’t think anyone ever feels that they are sick enough to seek help. Early intervention is so key to disrupting the thought and behavioural patterns before they become strong, established neural pathways. I think I would’ve been more open to receiving help and doing the hard work it takes to recover.” – Jeanette, 23, VIC

How to approach someone you’re concerned about

It’s normal to feel scared, confused, frustrated or upset when someone you know is experiencing an eating disorder. But intervening early can have a stark difference on an eating disorder’s severity and duration.

If you’re not sure where to start, download the Eating Disorder Alliance’s factsheet, Early Intervention for Eating Disorders: Conversation Starters. 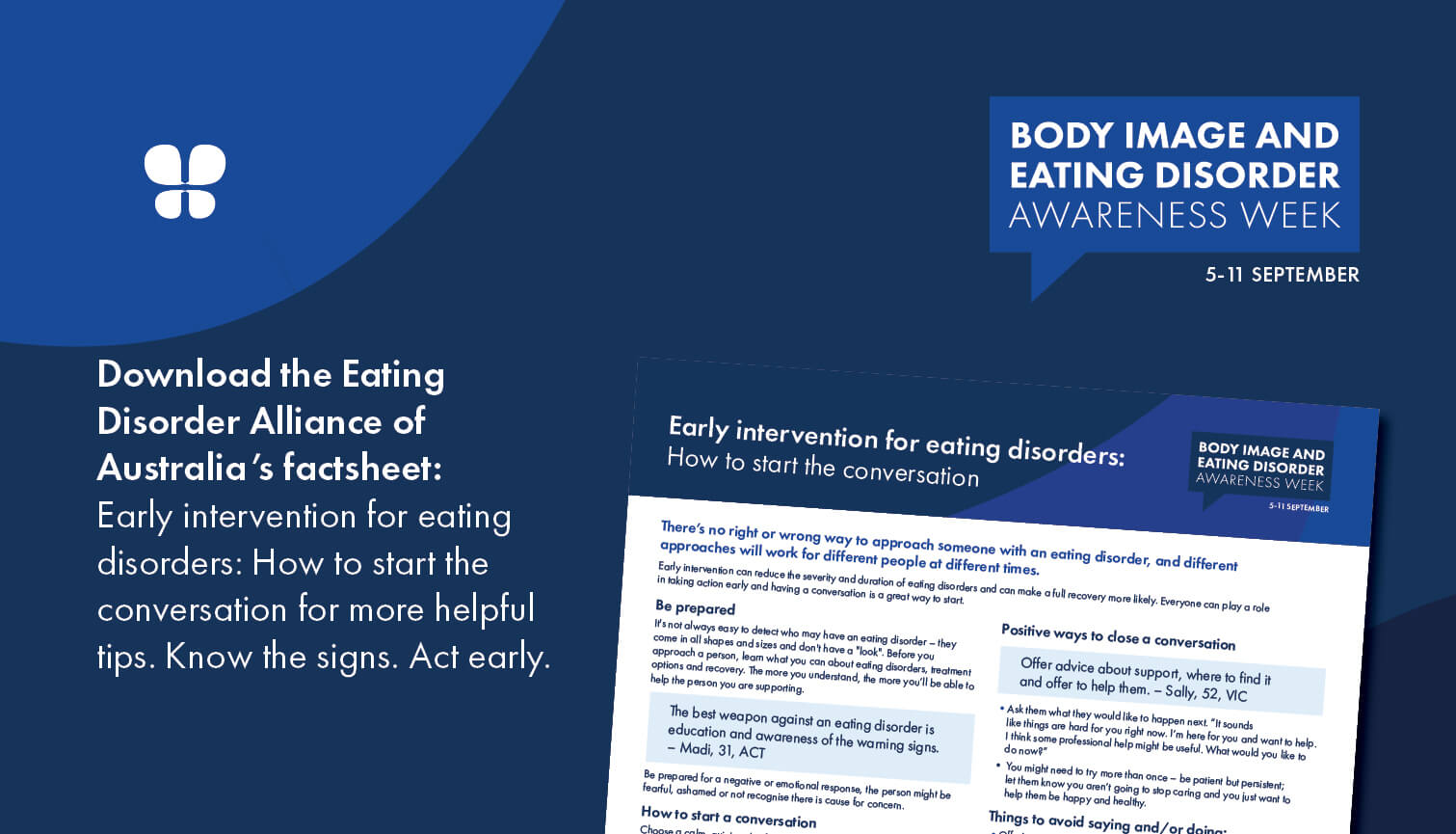 It’s never advised to ‘watch and wait’. If you, or someone you know, is concerned about their relationship to food, exercise or their body, or is experiencing an eating disorder or body image concern, reach out to Butterfly’s National Helpline on 1800 ED HOPE (1800 33 4673), chat online or email support@butterfly.org.au 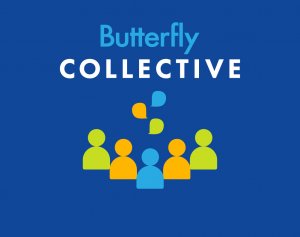 If you have lived experience of an eating disorder or body image concern, or care for someone who does,  we want to hear from you!

Lived experience of eating disorders and body image concerns lies at the heart of Butterfly’s work as it connects us to our origins and the communities we serve. By drawing upon lived experience wisdom and embedding it across all our work, we can ensure that our advocacy work, programs, projects, and services represent the diverse nature of our community and their needs.

The Butterfly Collective is an online community of people across Australia who either have a lived experience of an eating disorder or body image concerns, or are a carer, family member or friend of someone with a personal experience. This community is designed to help Butterfly to amplify the voice of people with a lived experience by inviting its members to take part in activities which will help to shape our work.

The reality of eating disorders in Australia 2022 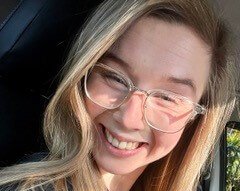 "My eating disorder was my best friend, professional, significant other and parent, but I only managed to beat it with the help from all the above. I am fully recovered because I worked hard and because my hard work was supported by the incredible people in my world." Emma shares what your loved one might want you to know about eating disorders and recovery.
Read more